Each year, the Ken Pribil Jr. Scholarship Award is provided to one or more graduating high school students demonstrating dedication to their community, a thirst for learning, compassion, and integrity.

Grounded in Ken Jr.'s core values. The Ken Pribil Jr. Scholarship was formed in memory of Ken Jr., a graduate of South Side High School, an IB diploma recipient, and avid reader with a thirst for learning. Ken Jr. was heavily involved at school as a member of the Debate club, Entrepreneurship club, and Track & Field team. Around town, Ken Jr. was a year-round employee at the Rockville Centre Recreation Center, leading summer camp groups and managing the tennis/basketball court business. He also worked part-time at local pizzerias to bolster his resume for college. Ken Jr. enrolled at the University at Albany majoring in accounting and business management. He completed his freshman year before being diagnosed with cancer, at which point he opened a small vending machine business and donated profits to the American Cancer Society; one of many examples of his integrity and generosity.

Awarded to candidates demonstrating strong academic and community values. Each year, the Board Members of the Ken Pribil Jr. Foundation select one or more recipients of the Ken Pribil Jr. Scholarship Award. An ideal candidate is one who demonstrates strong academic and community values through their involvement in school programs, volunteer organizations, community networks, and/or employment. As no two candidates are the same, the Board weighs all aspects of a candidates resume when making their decision. It is commonly a candidates unique experiences, overcoming of hardships, or success stories that set them apart. 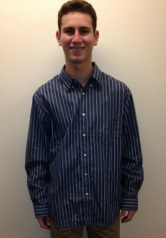 Meet Ben:
"I was awarded this scholarship in May of 2012. Although Kenny and I shared many similar interests, like running track or scoring basketball games down at Mill River, I admired him because of his good heart and ability to do good for others. I am currently a freshman at Binghamton University majoring in Industrial and Labor Relations. It is inspiring to see that Kenny's memory will continue to live through this scholarship."
​- Ben Sellitto, February 2013 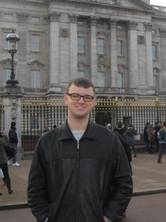 Meet Chris:
"I had the honor of receiving this scholarship in June 2011. Kenny was a role model of mine as a camp counsellor and inspired me to work with children at the Summer Playground program at the Rec Center. I am currently a sophomore at New York University and I hope to go into asset management upon graduation. I am thrilled that Kenny's memory continues to be honored by the foundation and this prestigious award."
​- Chris Marcotrigiano, February 2013 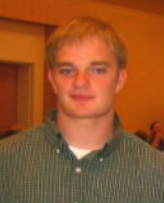 Meet Will:
" I was extremely fortunate to receive the Ken Pribil Jr. Scholarship in June of 2010. I was fortunate to know Kenny through summer camps run by the Rockville Centre Rec. Center, where he was always known for having a great time and for being positive role model for young kids. I was also very good friends with Kenny’s little brother Kevin; we spent many years together playing baseball in little leagues all the through high school. Currently I am a junior transfer student at Bentley University where I am a member of the varsity baseball team along with pursuing a Bachelors degree in Finance.  I am very thankful of the Pribil Family for choosing me for the award, and I hope Kenny’s memory continues to thrive." - Will Bermel, March 2013 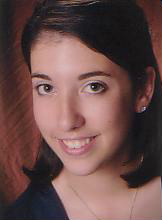 Meet Victoria:
"I received this award back in June of 2009. It meant a lot to me because Kenny was a classmate and friend of my sister's and I am a friend of Kevin's (Kenny's brother). Currently, I am getting ready to graduate from SUNY Maritime College in May 2013. I'm receiving a degree of B.S. in International Transportation & Trade with a minor in Intermodal and Maritime Security. I plan on continuing my education with my master's degree in International Transportation Management also from Maritime. I hope to land a logistics job with a security or defense company."
​- Victoria DeLouise, February 2013 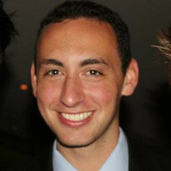 Meet Joe:
"I received the Ken Pribil Jr. Award in June 2009.  I was honored to be considered for the award as Kenny was a fantastic role model.  Growing up I was very good friends with  Kevin and we would often play street hockey with Kenny.  He had a great personality and he always had a smile on his face.  Currently I am a Senior at Wake Forest University where I am pursuing a double major in Communication and Sociology.  I am hoping to land a job within the sports industry or in criminal justice following graduation."
​- Joe Vastola, February 2013 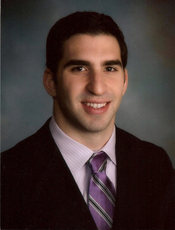 Meet Brian:
"Kenny was a great person to be around. He brought energy and commitment to everything he did. I will always remember the great times we had during Wilson Summer Camp when Kenny was an LIT. He was an easy person to connect with and he always ensured that everyone was having fun. I felt truly honored when presented with this award. This scholarship has helped relieve the financial burden of the college costs associated with pursuing my Bachelor's in Finance at the University of Connecticut. Upon graduation, I will be working at the Royal Bank of Scotland in Stamford, CT. Kenny was undoubtedly a role model and it is an honor to be associated with such an admirable person."
​- Brian Laureano, March 2013 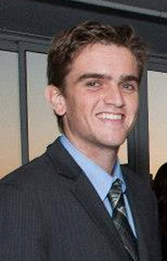 Meet Craig:
"I was the recipient of this prestigious Scholarship in May of 2008. Although I had never met Kenny it is truly an honor to have not only received this award, but to also know that Kenny's memory continues to be honored by the South Side community as well as this foundation. I have recently graduated from Quinnipiac University in May of 2012 with a bachelor's degree in Business Management and Economics and plan to further my education in the near future. Kenny's memory will continue to be a very important part of my life and I am truly honored and grateful to have received such an award."
- Craig D'Urso, February 2013 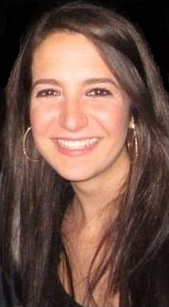 Meet Stefanie:
“I received the prominent Ken Pribil Jr. Merit Award in May of 2008.  Although I had never met Kenny, I have been told countless stories about how he was an inspiration and someone that was admired by many.  It is a privilege to have received this award that has helped me with my post- high school endeavors.  I recently graduated from Fordham University in May of 2012 with my B.S. in Public Accounting and a minor in Business Law and Ethics, and with their 5-year program, have also completed my MBA in Finance. Currently, I am working at J.P. Morgan Chase and striving to obtain my CPA license, and will be enrolling in law school come the fall.  It is a privilege to have received this award based on such an outstanding, kind, warm-hearted individual.”
- Stefanie Manna, March 2013 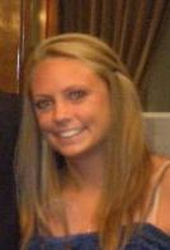 Meet Katie:
"I received the Ken Pribil Jr. scholarship in June 2007.  Although I never knew Kenny, I have been told stories about what an all-around great person he was.  I am honored to have been given this scholarship and to be mentioned in the same vein as such a talented and compassionate person.  Since receiving the scholarship I attended the Carroll School of Management at Boston College and completed a concentration in Marketing and a minor in Faith, Peace and Justice.  During my time as an undergrad, I had the opportunity to study abroad at Rhodes University in South Africa my junior year of college.  While I was at BC I joined and actively participated in many philanthropic clubs which shaped and made my time in college extremely meaningful.  Currently I am working at Apollo Management in the Compliance Department and I hope to someday get my Masters in Public Health so I can continue to give back to the community around me.  I am excited to hear that Kenny’s memory continues to inspire and reach more and more people each day." - Katie Remy, February 2013 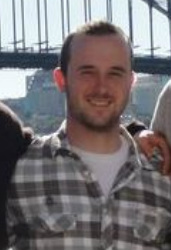 Meet Jack:
"I received the Kenny Pribil Jr. Merit Award in 2007. I was honored to receive the award because it helped me with my first year of college. To receive an award of this nature really meant a lot to me as Kenny was a great person. I studied exercise science at Hofstra University where I also played rugby which has allowed me to travel the world to places such as South Africa and Australia. I am currently pursuing a career in personal training. I am grateful for the award because it helped start me on my journey through school and took me where I am today."
​-Jack Donoghue, February 2013 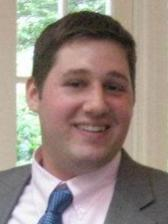 Meet Ricky:
"I had the honor of receiving the first Kenny Pribil Jr. Scholarship in 2006.  Kenny and I spent multiple summer as Co-Counselors at Wilson and Covert elementary schools, and he was a wonderful mentor and friend.  I’ve also had the privilege with Kenny’s younger brother Kevin as Co-Counselors.  After graduating from Lehigh in 2010, I began my career at the accounting firm PricewaterhouseCoopers in New York City.  I have since moved to Boston, but am still working at PricewaterhouseCoopers and loving it.  Looking at the long list of successful recipients, it makes me feel great to see that Kenny’s memory carries on."
​- Ricky Motschwiller, March 2013